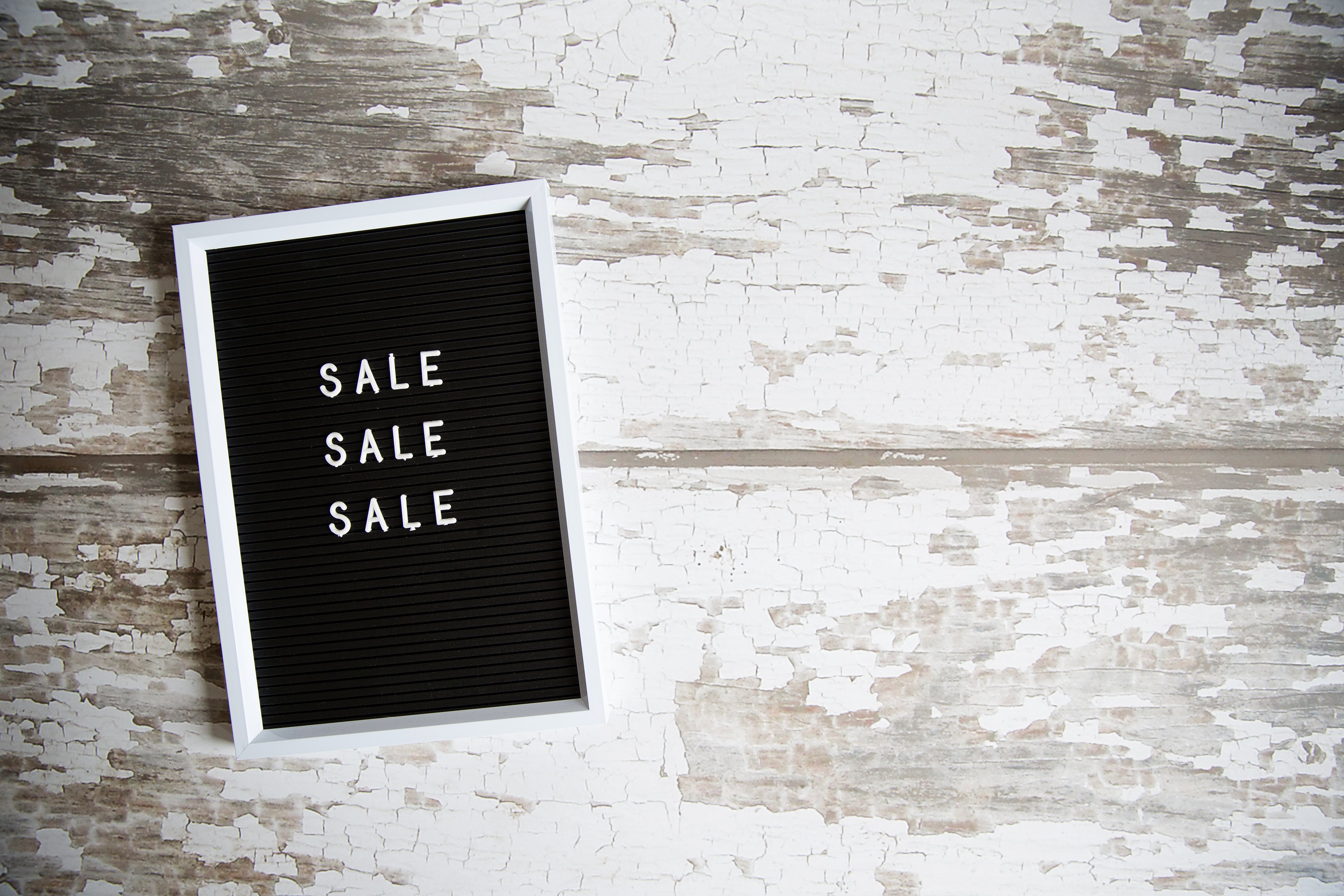 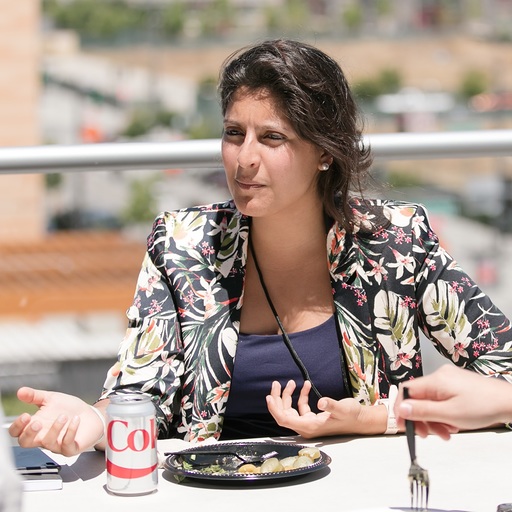 The pandemic and its domino effect on markets across every industry continues to change the context, and the mechanics of the business world. We now live in a world where there is more physical distance between people and more caution around casual outings or even grocery shoppings than ever before. The playing field has changed and companies are having to adapt to it.

In the online retail world, the impact of the pandemic has been tremendous. We’ve seen online sales rise sharply over the course of the last 5 months as consumers adapt to the new norm. Maybe it’s because people are just bored and more susceptible to online deals, or maybe it’s the fact that there was a 45% increase in the number of consumers buying things online they never used to buy before covid, we can’t know for certain. But what we can know for certain is that the 2020 holiday season will be different than any other holiday season for retailers and consumers around the world.

This year there won’t be new youtube videos popping up of customers rushing into stores, trampling anything (or anyone) in their way. What there will be is server crashes, and technical problems to handle the avalanche of online consumers looking to scarf down any deal in front of them. This in itself will be a new challenge for online retailers.

It’s something to consider.

In general, this is the time to ask yourself these questions. Do some internal digging to see whether your online store is ready for the volume of the holiday season, whether you’ve prepared your inventory management systems, or even whether you have enough cash on hand to execute the preparation stages of the holiday season like an ecommerce line of credit.

Let’s look at the 5 biggest days of the year and how they are changing because of COVID.

As I write this article, it is in the middle of August and Prime Day - an event typically held in mid July for North America - has not yet come.

For those of you who do not sell on Amazon or may not be familiar with Prime Day, it is essentially a two-day event when Amazon Prime members get access to a wide range of deals on goods like coffee makers, wireless earphones and Bluetooth speakers.

The revenue that Amazon itself earns from the sales event is massive. In 2019, Amazon recorded 7.6 billion USD in revenue for those two magical days.

That’s a lot of cash.

First and foremost, this year’s Prime Day might actually become Prime Week. Amazon has offered "unofficial" Prime Day deals outside of the actual event date itself in the past and they may be doubling down on the longer, more sustainable deployment of deals this Year. With Cyber week right around the corner, it would make sense financially for Amazon to officially elongate the event and skim off sales from the activity that would have been received by Cyber Week. This competition with Cyber week shouldn’t be a surprise though. Amazon Prime Day has outsold Black Friday and Cyber Monday in the past and it could certainly do it again with the built up anticipation that comes with a delayed Prime Day.

Since the start of the pandemic, several large retailers have announced that they may be closing down physical stores during the Thanksgiving holidays which includes Black Friday and Cyber Monday.

These large corporations are instead focusing a lot of their effort on online sales and running their distributed warehouse systems to their maximum effectiveness. There has also been a lot of talk about many retailers spreading Black Friday and other sales holiday events into several days as opposed to concentrating it all in one day. Before we know it, we may be in the middle of an entire month of frenzied shopping.

Do you know what that means?

When you mix an extended sales period, with the biggest boom in online ecommerce that the world has ever seen, what you get is an explosion in online sales. The magnitude of this year’s COVID-affected holiday shopping season will be unheard of and many online retailers run the risk of being left out to dry.

One of the biggest risks merchants face is also one of the things that is taken most lightly when planning for the holiday season - that is inventory management.

If you’ve been in ecommerce for enough time, you won’t need anybody to tell you how stomach-turning it is to run out of stock especially when you can see the traffic going into your store and leaving because they are unable to give you their money…

In 2018, a whopping $484 million worth of ecommerce revenue was lost during the Thanksgiving sales holidays simply because of retailers running out of stock.That’s the kind of money that could change your business from one day to the next and it’s worth pausing to think about.

The main thing to keep in mind is that this year’s Thanksgiving holiday sales are going to starve out your inventory if you don’t plan for it.

Thankfully for us, ecommerce retailers who need more capital to purchase more inventory have convenient ways to do it like using an ecommerce line of credit.

The largest and most notable holiday season event didn’t have a catchy name for a while. It simply involved shopping for christmas presents for your immediate family, and your external family, and possibly your friends too… With that many gifts to buy, it’s no wonder it’s the biggest holiday sales event across the western world.

In 2019, most of us thought that Cyber Monday’s $19.1 billion in revenue was a staggering amount until Super Saturday came around the corner and blew it out of the water with a single-day revenue of $34.4 billion.

Many of us are better visual learners, so let’s take a look at what that looks like on a graph of year-round sales data:

So I guess you could say December’s sales are pretty important for online retailers around the world.

Those are the kinds of numbers that keep ecommerce business owners like ourselves awake in the middle of the night. How can you capitalize on that amount of concentrated consumer demand? Or better yet, how do I make sure things don’t go terribly wrong that day which could cause me to lose a chunk of my yearly revenue.

In 2020, Super Saturday would normally be projected to grow a similar amount and reach somewhere in the range of $37-$38 billion, but this year with the ecommerce boom this number could easily break the $40 billion single-day revenue barrier.

As ecommerce business owners, all we have to do to capitalize on this holiday season is make sure we are ready to grab that opportunity and slice ourselves a piece of the pie.

Thinking you might need to buy more inventory than usual to keep up with this year’s covid-fueled online holiday sales season? Check out our affordable line of credit for ecommerce stores.

Stay up to date with our eCommerce newsletter:

Thank you! Your submission has been received!
Oops! Something went wrong while submitting the form.
Share on social media:

More from the Blog 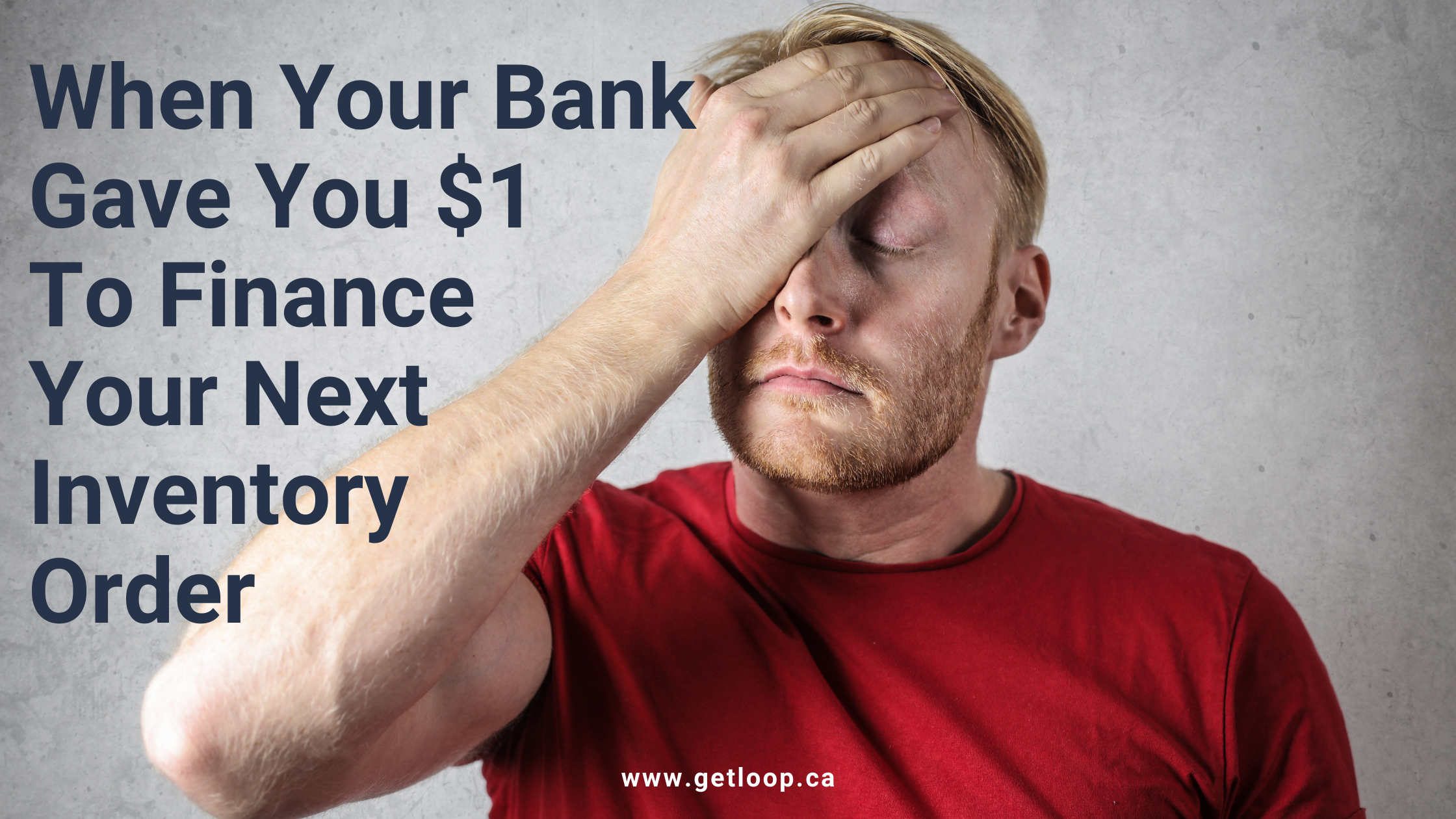 How to Choose the Right Financial Partner for Your Business

As you weigh and measure the inventory financing solutions we've explored in this article, it will behoove you to pinpoint the types of service(s) you prioritize most in a financial partner. Examples include costs and fees, repayment plans, additional products and services, expertise and professional guidance, or the type of white-glove service that Loop provides. 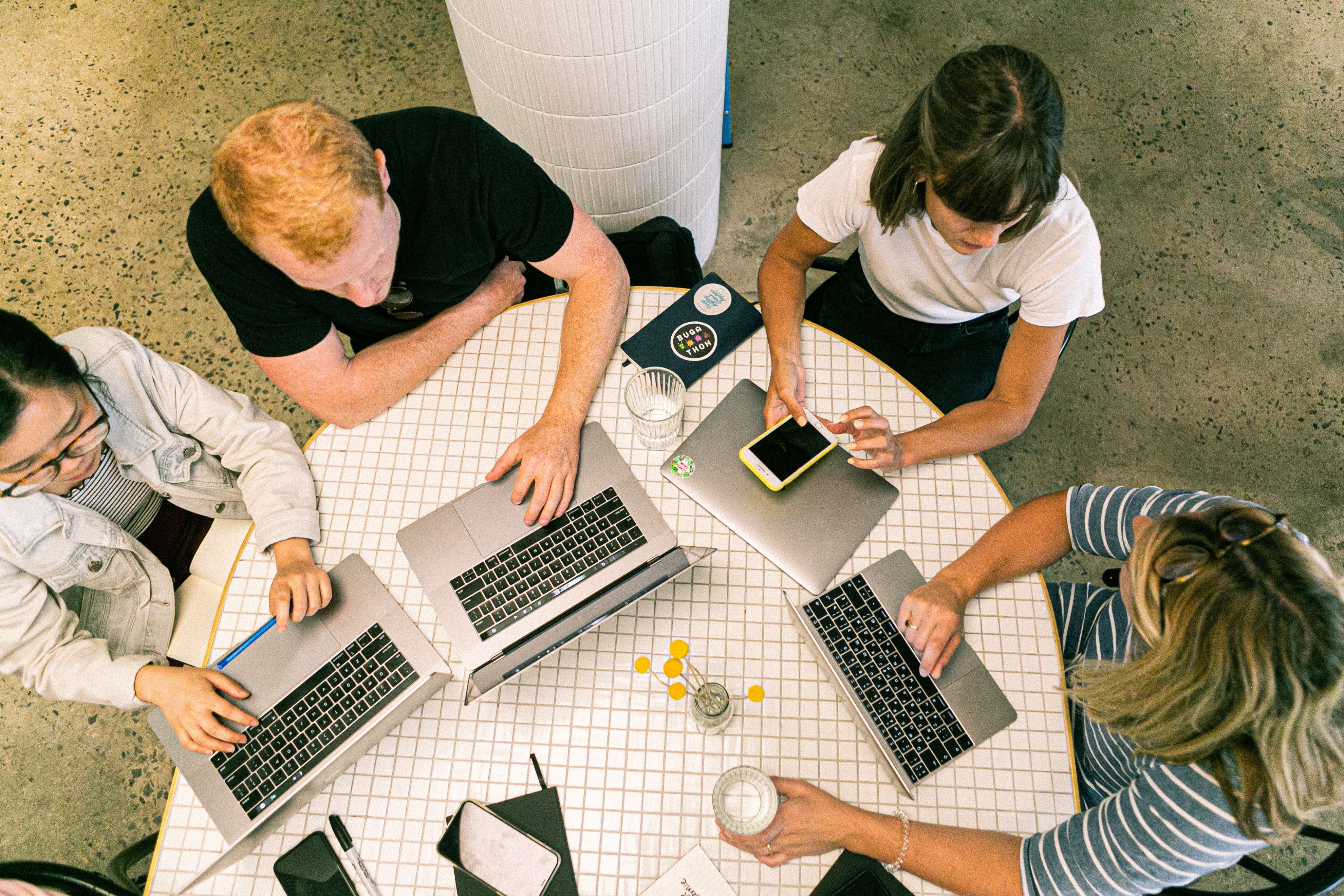 We're excited to let you know that you can now invite your business partners and colleagues to manage your Loop account. With some of the upcoming features we have planned, the ability to have multiple people access a single business account is an important step to helping Loop become your centralized financial management dashboard. 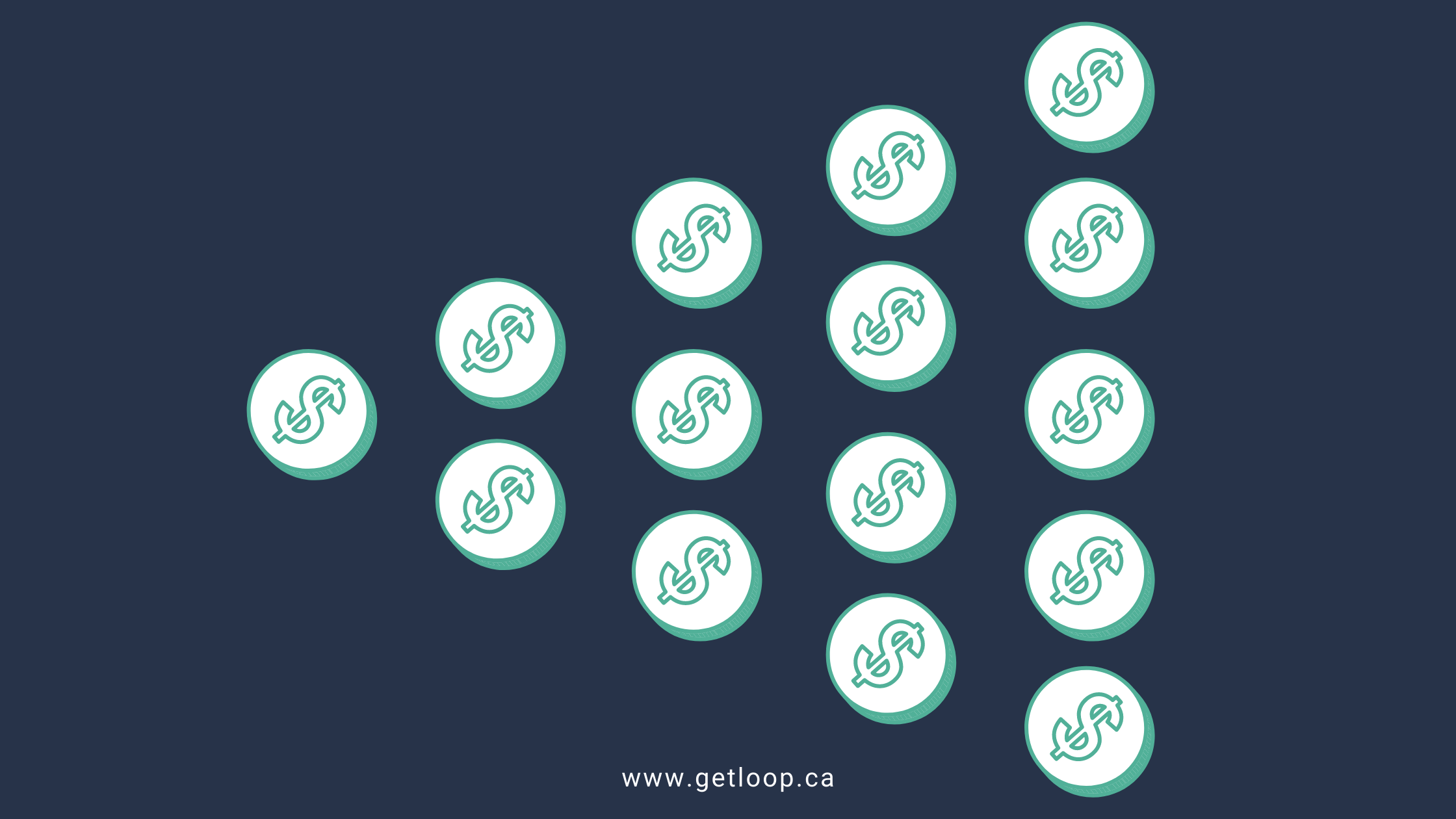 Loop: a “Game-Changer” for Your Brand

"[As a start-up], it's tough to get funding from a bank," says Ricky Walton, president and founder of My Custom Sports Chair. "For us...we get volume discounts on inventory, so we're always looking to get cash up front. We ended up with Loop, and it's been fantastic. We got a solid line of credit...and it's organically helped us grow our online sales substantially. This year alone, we're up 389% on Shopify...it just goes to show how much Loop has helped us out this year."

Develop the confidence to take your business to the next level, with resources, tools, insights, and success stories from experts and small business owners.
Thank you! Your submission has been received!
Oops! Something went wrong while submitting the form.
We will never share your email address with third parties.